The Dent Company is Tampa’s premier Paintless Dent Repair Company. Our process allows us to repair your damage without paint or bodywork. Most of our repairs are done in the same day and are less expensive than traditional paint and body shop processes. 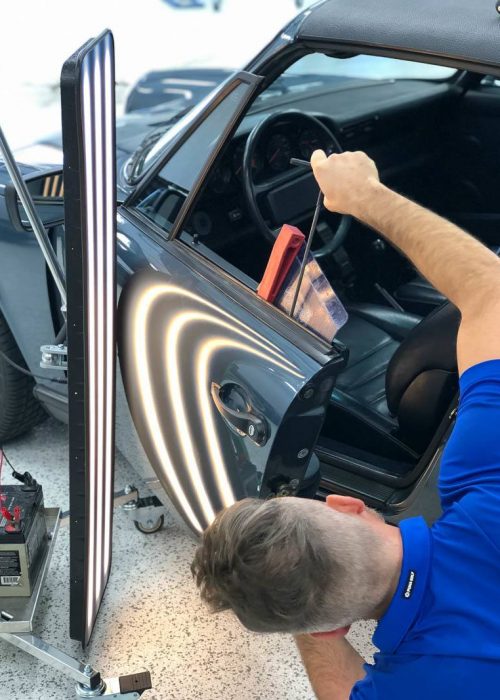 THE ART OF PAINTLESS DENT REPAIR

Paintless Dent Repair (PDR) is a smart solution to removing damage to your vehicle that was caused without damaging your paint to begin with. Using a handcrafted approach we restore the damaged area to pre-incident condition.

Parking lot dents and mishaps occur and The Dent Company PDR service is a fast and effective way to restore the damaged area back to perfection.

Our complete reconstruction process will reshape the major damage caused by low impact accidents and maintain your original paint which in turn ensures the value of your vehicle.  Compared to traditional body work, PDR micro collision repair by The Dent Company is the best solution for this type of damage.

Before
After
Previous
Next

Weather can happen and wreak catastrophe on your vehicle; from tree limbs to hail storms.  Our unique PDR process can reshape your vehicle with even the most severe damage caused by these events.

Unlike traditional metal, aluminum is another component to PDR that we have mastered.  With extensive experience dating back to our years working in Switzerland in 2002, we can repair dents in aluminum with exceptional results.

Paintless Dent Repair (PDR) is an incredible application to maintain your classic car’s appearance and original paint work.  We are experts at working with the thicker sheet metal associated with classics as well as the delicate nature of the original paint.

We love Porsches and have extensive experience working on them.  As experts, we know the intricacies of construction, the types of metal used, and how to access any damaged area with the least amount of disturbance to the vehicle.

We know that Tesla owners take pride in their vehicles and we take pride in the knowledge we have on working on these incredibly challenging vehicles.  Our knowledge of Tesla to ensure success in the repair process requires us to know the intricacies of construction and how to access any damaged area, taking into consideration camera placements and practicing the least amount of disturbance.

We have many years of experience working on a range of supercars from Ferraris to McLarens and the knowledge and skill set to do perfect work which sets us apart from our competitors.

What Our Business Partners Do

We also offer other vehicle services all under one roof.  Each highly trained detail and ceramic coating professional has many years of experience in their line of work.

Using multiple light sources, we inspect and polish every inch of the vehicle’s paint to as close to perfect as possible. Our experience allows us to find the safest methods to remove scratches, swirl marks, and the defects within the paint.

We offer a total surface protection experience for your vehicle. We use ceramic moating technology to protect everything from your exterior paint, exterior trim, wheels, and glass windows.

How to take photos for an accurate estimate

Taking photos of your vehicles damage

How To Take Photos For An Accurate Estimate

1. The circumference of the dent

2. The depth of the dent

3. The type of material that needs to be reshaped (i.e., aluminum, steel, etc.)

4. The location of the dent

Our prices start at $199 for mobile repairs for a one-inch shallow dent.  Price increases will be added for dents on body lines and on aluminum vehicles.

What Our Customers Say

We Stand By Our Work

At The Dent Company, we repair your dent to a 99% OEM threshold of quality and have a 100% customer satisfaction guarantee or you do not pay. No paint, bondo, or fillers are ever used in our paintless dent repair process.

2022 PORSCHE TAYCAN TURBO So if anyone has ever w

2021 LEXUS LAND-CRUISER “pearl white” This b

2021 CLA AMG ITS NOT EVERY DAY YOU SEE A YELLOW

2022 TELSA MODEL S AS YOU CAN SEE THIS REPAIR WAS

M4 with multiple door dings. 16 to be exact. We re

Cut away view of a brand new Lincoln Corsair front

Here are some of the most common questions, along with the complete answers from our PDR experts.

How do I know if my car can be repaired with Paintless Dent Repair?

If your paint is not scratched or gauged then PDR services by The Dent Company is likely a solution for you.

How much does it cost?

We offer free estimates, but provide exact price quotes in person.   However, our prices start at $199.00 and increase based on the overall measurement of the damage, location of the damage.   The type of metal can affect the final cost.

Can I send you a picture?

Yes of course you can, for an initial estimate… However we do all of our final quoting in person. This ensures we accurately price the repair and get a opportunity to introduce ourselves and explain the process to you.

How long does it take?

Most of our repairs are done in the same day. Small repairs are done while you wait and larger micro collision and storm damage typically takes longer. We do not sacrifice quality for time of repair.

Do you fix scratches?

Yes and No: If the damaged area has transfer from impact we will paint correct the area prior to starting the PDR process. At the moment we offer free touch up service for customers who get PDR services done with us. Not all scratches can be touched up properly and we may recommend you to one of our body shop clients if the damage is too severe.

What happens if my damage is on a body line or a tough spot?

Don’t worry there’s hope. With extensive experience repairing hail damaged vehicles, we have mastered tough locations and can access any area of the vehicle.

Yes.   As of January 2022, we’ve expanded to offer mobile services.

Ready to get Started? 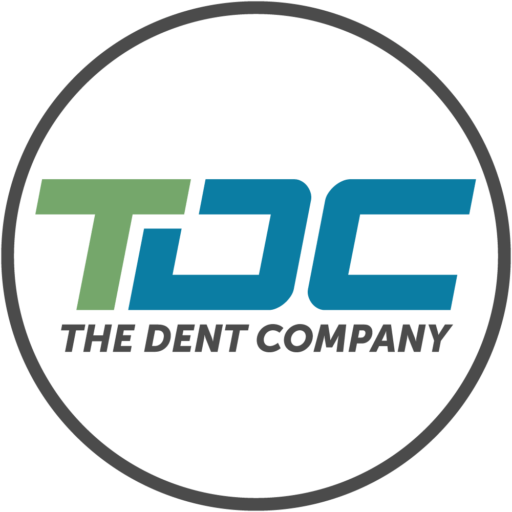